Yurii Kovryzhenko has been a devoted champion of Ukraine’s proud culinary traditions for near enough a decade, but his role as culinary ambassador has taken on even greater significance in recent months.

Stranded in London since the outbreak of war, superstar chef Yurii has been working around the clock to spearhead an astonishing fundraising campaign on behalf of the Ukrainian people, cooking alongside the great and the good of the capital’s food scene – Jamie Oliver included – to bring the cultural heritage of his homeland to life, one ruby red bowl of borsch at a time. Donations to José Andrés’ World Central Kitchen already run into the hundreds of thousands, but Yurii and his partner Olga are just getting started.

Join us on Thursday, 30th of June at 6.30pm to try Chef Yurii’s authentic dishes, this will be a 4 course fundraising dinner with drinks sponsored by Dima’s Vodka and Bella Principessa.  The majority of proceeds for every ticket sold will be donated to the Masha Fund. it’s one you don’t want to miss…

The Masha Foundation focuses on providing humanitarian aid to women, children, the elderly and people with disabilities of all ages in Ukraine.

Some words about the menu

Palyanytsya – is one of the traditional national breads. It is a mild white wheat bread which includes milk and butter or ghee. It’s is round and has an iconic smile cut. In war times Palyanytsya got a special symbolic meaning. To identify spies and saboteurs, Ukrainians used an effective age-old method – they asked individuals to pronounce the Ukrainian word Palyanytsya. Russians cannot properly pronounce this word. So, it became an ideal mean to identify a person’s origins.

Today, the word palyanytsia is no longer just about bread or a test for Russian military personnel. It is now both a national meme and a symbol of Ukrainian unity in its resistance.

Borsch. Absolute legend and gastronomic symbol of Ukraine. The first written reference of Borsch was made in 1584 by German traveler Martin Gruneweg. There are more than 300 recipes of Borsch in modern Ukraine. It’s a real treasure of our gastronomic culture.

Chicken Kyiv. The first written reference of this dish says that it was served at Continental Hotel in 1918, Kyiv.  This fact ruins the Soviet Myth that Chicken Kyiv was created in 1950-es.

Dessert is Yurii’s grandmother’s recipe, which he remembers from his childhood.

Tickets are £85 per person, once tickets are booked we will be in touch to confirm your reservation.

Dinner is served at 7pm

Open to members and non members – non members email reservations@homegrownclub.co.uk or call 020 3928 8000 to book your table with our Reservations Team.

Tickets are non-refundable or exchangeable once purchased

Not all heroes wear capes, and this hero in particular, wears a chef's uniform. @yurii_kovryzhenko is using culinary diplomacy to help the war effort in Ukraine. He is a decorated chef working tirelessly around the clock with to cook Ukraine's finest authentic dishes while fundraising for several...

Next in our supper series, we are joined by Jonathan Quin & Global Fintech. Jonathan is Ant Group’s Head of Strategy for Europe. He founded and was previously CEO of WorldFirst, which makes it faster, easier and cheaper for SMEs to collect and pay funds around the world. It has transferred over...

“The statistics on women investing is really low, people talk about pension gender gap but actually the saving and investing gender gap is even wider, only 19% of UK women are active investors and doesn’t bode well when it comes to looking after their financial future and financial security”...

“I think one of the things I’ve learnt is that, work-life balance doesn’t exist. If you’re driven you will fail at one or the other, what you’re looking for is integration. One of the outcomes of Covid has been very interesting, it’s allowed us to work from home and do all these other...

We know about the Great Depression but have you heard about the Great Resignation? Many employees and employers have been grappling with high turn overs in their companies. How should top management deal with these changes? Hosted Supper Series: Join @nealelewis for a dinner at Home Grown, we will...

In partnership with The 1 Club, join us as we host an informative talk and panel discussion by leading industry experts on the future of Web 3, Decentralisation and NFTs. The evening will be hosted by Olympic Gold Medallist, @gailemms MBE, British Badminton athlete turned motivational speaker,...

From @robertdowneyjr and @samuelljackson to @morcheebaband and @tvnaga, @kirkandkirk have inspired and excited the world of fashion frames. Join Jason Kirk, this Wednesday, and discover how Kirk & Kirk have navigated the challenges of business during the past thirty years. With their wide...

Are you a great storyteller? Join us next Monday as Tas launches his new book 'The Storytelling Workbook'. @tastasgal is a trainer, strategist, lecturer, author and our very own Home Grown Ambassador. He will discuss how to become a better storyteller, whether it is for your communications,...

Thanks for joining us for yesterday's meet the members session! The weather was good, drinks chilled and company perfect. It was great seeing our new members enjoying themselves. In the words of our newest member (last image), "it was a barking good time!" Home Grown is a private members' club that...

As part of our tech week in June, we've invited Michael Tobin OBE, best known for turning Telecity into a billion dollar company. Our newest Rockstar is a serial technology entrepreneur, philanthropist, author and former ‘maverick’ CEO of Telecity Group. No stranger to challenges,...

Do you want to learn more about elevating female financial wellbeing, improving your personal finances, pensions and investment ideas? Listen to our industry led speakers including Gina Miller, whilst meeting like-minded experienced professionals to expand your network and share inspiration. Event... 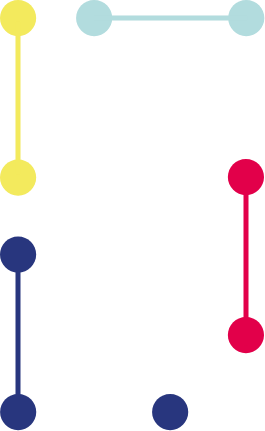 Home Grown
Portman Room & Lounge
Seymour
Equity Bedroom
Angel Bedroom
Venture Bedroom
Mews Bedroom
Lower Ground Floor
Ground Floor
First Floor
Our website uses cookies to distinguish you from other users. This is to provide you with a good user experience when you browse our website and allows us to improve its features.
Cookie settingsACCEPT
Manage consent

This website uses cookies to improve your experience while you navigate through the website. Out of these, the cookies that are categorized as necessary are stored on your browser as they are essential for the working of basic functionalities of the website. We also use third-party cookies that help us analyze and understand how you use this website. These cookies will be stored in your browser only with your consent. You also have the option to opt-out of these cookies. But opting out of some of these cookies may affect your browsing experience.
Necessary Always Enabled
Necessary cookies are absolutely essential for the website to function properly. This category only includes cookies that ensures basic functionalities and security features of the website. These cookies do not store any personal information.
Non-necessary
Any cookies that may not be particularly necessary for the website to function and is used specifically to collect user personal data via analytics, ads, other embedded contents are termed as non-necessary cookies. It is mandatory to procure user consent prior to running these cookies on your website.
SAVE & ACCEPT