Earlier this month, Home Grown Club kicked off the inaugural #SheStartedItLIVE Festival which was born out of a podcast series hosted by our very own Home Grown Ambassador, Angelica Malin - Founder & Editor-in-Chief at About Time Magazine. The magazine has grown to become one of the capital’s much loved lifestyle websites and the podcast features interviews with  inspiring women who are at the top of their industries.

TOP TIPS FOR STARTING A BUSINESS FROM

“Surround yourself with cheerleaders. As a ‘non-tech’ tech founder the most valuable move for me was to embed myself in the technology ecosystem and community. Bring people on your journey who are rooting for you and who can add value to your business." 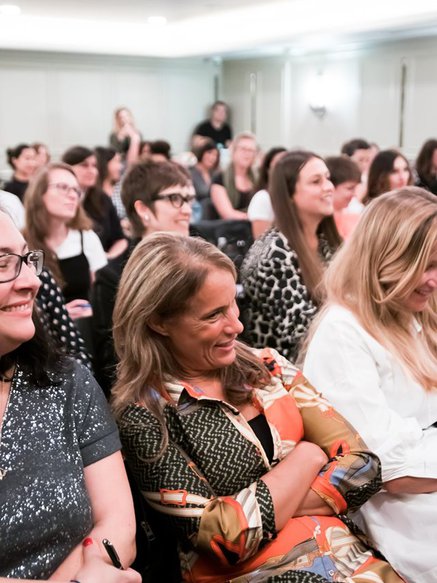 Unlike many private members clubs in London, Home Grown encourages its members to make connections and talk business, making it the perfect venue for #SheStartedItLIVE. At the event we heard from female founders and leaders including Pip Murray, Founder of Pip & Nut and Emilie Bellet, Founder of Vestpod. On the agenda topics included building a business online and getting savvy with spendings, through to periods, motherhood and self-love.

One of the morning panels included Kathryn Tyler, Co-Founder of Digital Mums; Shazia Mustafa, Founder of Thirddoor; and Rachel Carrell, Founder & CEO of Koru Kids, who discussed juggling careers and kids.  Determined to make sure motherhood not a penalty for their climb up the career ladder, these women used the next chapter in their life to become their own boss.  One of the main takeaways from the panel was that it was through their own experience of mothership that they identified business opportunities and gaps in the market which they likely would not have seen.

We were also joined by experts in health and wellbeing such as Shahroo Izadi, a behavioural change specialist, Harley Street nutritionist; Rhiannon Lambert;and Rachel Hosie, Senior Lifestyle Reporter at Business Insider who debunked health-myths and delivered keynote speeches around self-care and emotional well-being. Le'Nise Brothers, a registered health nutrition and founder of eastlovemove also opened the floor to discussions on taboo subjects such as handling periods and hormones.

Later in the afternoon, we caught up with Pip Jamieson, Founder of The Dots and ambassador of Home Grown Club. Pip joined the Entrepreneur Forum panel, alongside Camilla Barnard who co-founded Rude Health and Yulia Rorstrom the Founder behind Duck & Dry, discussing how to build a business in real life.

For Pip, every founders journey is different and coming to terms with failure was one of the hardest parts. “I sometimes wish I started my business earlier. What was holding me back was the fear of failure. As I continued on my growth journey it soon became apparent that if I were to fail, the people in my life who are the most important would be happy that I just gave it a go.”

We also asked Pip to share some top tips for anyone looking to start a business. And she said it’s all about the company you keep. “Surround yourself with cheerleaders. As a ‘non-tech’ tech founder the most valuable move  for me was to embed myself in the technology ecosystem and community. Bring people on your journey who are rooting for you and who can add value to your business.”