Levi Roots: From Reggae to Riches

From Reggae to Riches 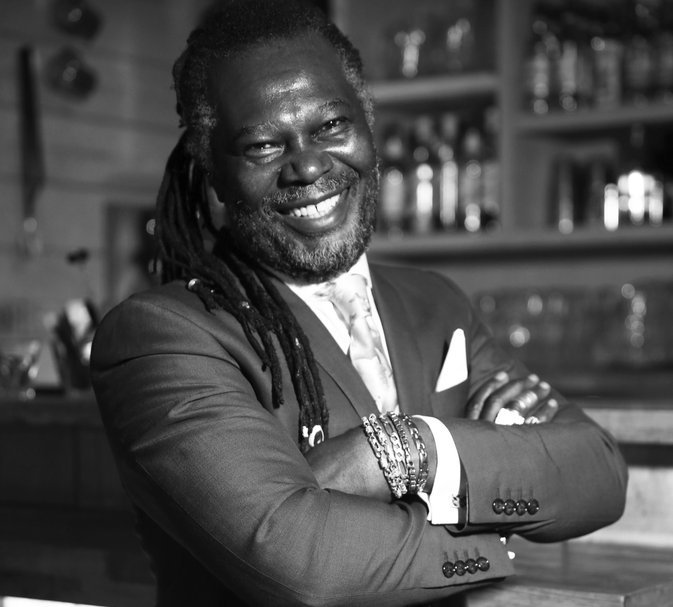 Levi kicked things off in true Levi style with his iconic jingle “reggae reggae sauce”. He went onto talk about how it was his love for music, food and Shakespeare which steered him through his life, moving him closer to building his Carribean food empire.

In this intimate setting, Levi was open and honest about his life - moving from Jamaica to Brixton, going to prison and how his life changed forever when he walked into the Dragons' Den after being spotted at the World Food Market by a BBC researcher in 2006. Though Levi had never heard of the show, and his kids begged him not to go on it, Levi put his faith in his Reggae Reggae Sauce to win over the fiery Dragons.

Entrepreneurship is increasingly becoming a career of choice. In a room filled with business leaders and other entrepreneurs, Daniel asked Levi if entrepreneurship was a sort of calling for him.  “I did not become an entrepreneur over night when I met Peter Jones in Dragons Den. It was always in me.” Levi spoke about his first taste for entrepreneurialism back in school when he would sell biscuits during breaks.

Levi spoke about challenges that resonate with many entrepreneurs, such as being able to scale their products and services. Levi had started out in his ‘Rastaraunt’ in Notting Hill Carnival, creating small batches of the sauce at home, to producing over 250,000 bottles for Sainsbury’s.

Although new to the game of big business, learning directly from his experienced mentor, Peter Jones helped him drive his business to the next stage of growth. Levi acknowledged how his original vision for the Reggae Reggae sauce had to be changed to reflect the change in demand, leveraging Peter’s contacts to outsource the license to create the sauce in bulk. Levi had the first taste of success after his sauce broke records and outsold Heinz Ketchup!

Through all the trials and tribulations Levi wanted to use his new found fame to become a role model in his community, doing school and prison tours to inspire people. Levi is in the process of starting a charity called the Young Entrepreneur Hub to support the “next sets of Levis” in Brixton. The charity will provide people with the opportunities to thrive in business that he didn’t have at a young age.

Reflecting on his own experiences, Levi said, "business doesn’t belong to anyone. Anyone can be an entrepreneur!"

"It's about feedback and what
you learn from your mistakes"

Look out for our next Rock Star talk, open to all - view our events here