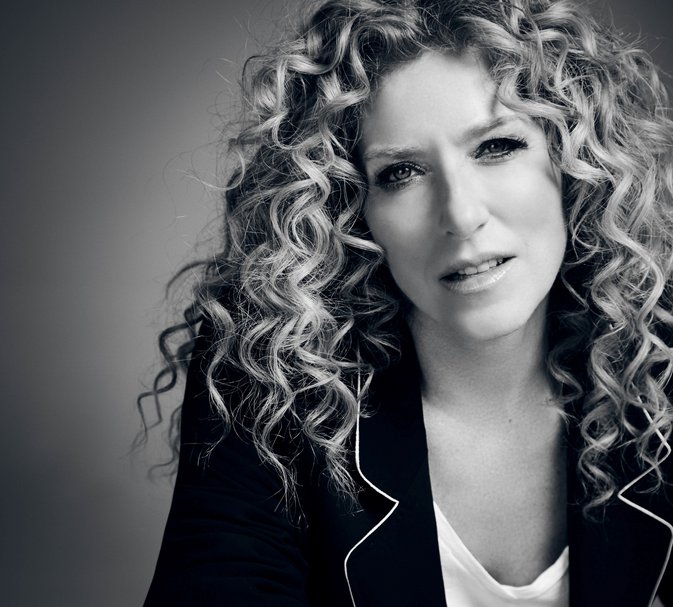 For more than 40 years, Kelly Hoppen has been a leading force in interior design. She’s won numerous awards, received an MBE and starred on TV’s Dragons’ Den. Here, she reveals the decisions that have shaped her career.

“It was much easier to build a brand 40 years ago,” says Kelly Hoppen. Why? “People will shout me down, but it’s because you didn’t have social media. You had to discover things and go and meet people and talk to them. It was all very word of mouth.” You can see where she’s coming from. Back in the 1970s and 1980s, businesses, especially creative ones, had a chance to get established grow before they became well-known. Now, they’re thrust into the global spotlight before they’ve got off the ground.

Hoppen, who is 59, got started in business very young. Aged 16 and a half (she emphasises the half ), “I was offered a job doing a kitchen at a friend of my stepfather’s. Then, a girlfriend of mine knew a racing driver – Guy Edwards, the man who saved Niki Lauder’s life – who wanted his house done up. I ended up doing the whole thing and that’s how the company started.”

The next client was Keke Rosberg, the Finnish Formula One driver and, by the time she was 17 and a half, she was a fully fledged businesswoman. “It wasn’t daunting. I was a young entrepreneur. I’d had a terrible tragedy when my father died and I’d been bullied at school. I wanted to be independent and I loved what I did.”

That was all four decades ago and Hoppen is now one of the UK’s best known designers. She is famous for a clean-lined, very highend style. Taupe is one her of key colours and “neutral palettes, beautiful textures and an East-meets-West aesthetic are all parts of my signature look.” Her interiors appear in places ranging from private homes to luxury hotels to cruise ships and she is currently working on close to 50 projects in places as far apart as China and Mauritius.

It’s been quite a journey. Asked to name some of the key moments in her career and she seems briefly stuck before launching into an incredible list: “Well, I won the Andrew Martin [Interior] Designer of the Year Award... Terence Conran asked me to do my East Meets West books – that was a pivotal point and gave me the confidence to really go for it. Getting an MBE in 2009 from the Queen was amazing. Redoing BA’s First class with Conran doing Concorde was pretty cool...” And as she nears the decade when many are thinking about retirement, she shows few signs of slowing down.

“It doesn’t stop,” she says. “I’m still having those moments.” Although she creates beautiful, elegant interiors, Hoppen does not believe business is about glamorous swanning around. “A lot of people, especially young people, think that things happen overnight,” she explains. “But you have to work hard and be strategic. Our business in China is phenomenal now. But I could see 20 years ago that the market in the UK wasn’t what it should be. So I went to Asia and started meeting people there.” You’ve got to put the hours in. You want a business that makes money, she adds – not one that plays to people’s perceptions. She owns the company in its entirety; there are no outside investors.

As well as business, Hoppen is also a supporter of good causes. Her outside roles include being an ambassador for The Prince’s Trust and The Prince’s Initiative for Mature Enterprise, and an ambassador for the government’s GREAT campaign. She also works with UK’s Department for International Trade mentoring small and medium sized businesses.

The other activity she’s well-known for is the TV show Dragons’ Den, where would-be entrepreneurs pitch to businesspeople, hoping to attract investment. She did this for two series from 2013. “It was an amazing thing to do, but it took up way too much time.” Eventually she had to stop and focus on he own business. “My daughter and stepdaughter still call me a dragon, though – you never lose your title.” In this vein, she has also recently appeared on Celebrity Apprentice for Comic Relief and there may be more TV and a book coming up in the next few years. “There’s lot’s going on,” she says, “and that’s good.”

Looking ahead, Hoppen is bullish, with good reason. She says her company’s sales are up 40 per cent so far this year. “We’ve got a fantastic collection of wooden tiles with the Dutch firm Hakwood, some amazing door handles, fantastic fabrics, incredible projects – and a great team. I love it. I’m completely committed. It still makes me jump out of bed in the morning.”

1975
Lands her first job designing a family friend’s kitchen, and starts her own company

5 fast tips on how to get ahead

1. FOCUS
It’s easy to get distracted, but be clear on exactly what you want to achieve

2. AHEAD OF THE GAME
Always have one ear to the ground to seek out opportunities

3. DON’T BE FRIGHTENED OF COMPETITION
Have confidence in what you alone can offer

4. BE TENACIOUS
If you want something, go out and get it

5. BE AUTHENTIC
Authenticity is key. Without it, you won’t have longevity 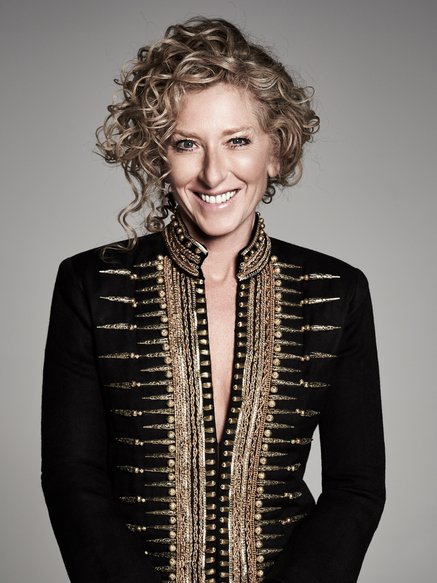