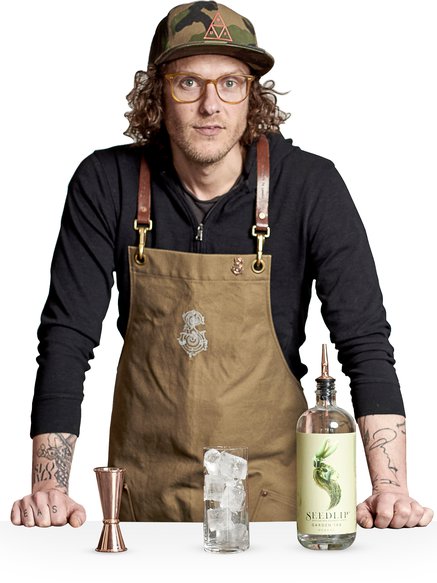 Ben Branson was out for dinner and wanted a non-alcoholic drink, but after being served with what he describes as a “disgusting pink sweet mocktail”, he developed a thirst for something different. Here, Branson explains how he built non-alcoholic spirit Seedlip from an experiment in his kitchen to a global brand now found on the shelves of top retailers, bars, hotels and airlines.

How and where did you come up with the idea of non-alcoholic spirits?

I was working in the design industry, running my own firm focusing on the food and drink space and definitely not looking for another business.

In my spare time, I was growing various herbs and vegetables at home. I was curious about what else I could grow when I came across a 17th-century recipe book for alcoholic and non-alcoholic medicine called The Art of Distillation. It used herbs and spices and distillation to create medicines. I became fascinated and experimented with my own copper still in the kitchen.

After ordering and wasting a ridiculously disgusting pink sweet mocktail in a restaurant that didn’t go with my food, I wanted to see if there was something I could do to help others disappointed with similar sweet and childish drinks.

That was November 2013 and I then spent two years figuring out the whole process for making Seedlip and getting it to launch.

REQUEST A DAY PASS TO THE CLUB

How did you build up the brand?

Seedlip is a product of my upbringing. My mum’s side of the family has been in farming for hundreds of years, so I spent school holidays sitting on tractors, while my dad is in brand design. I started as a one-man band and convinced Selfridges to take 1,000 bottles – they sold out in three weeks. The next 1,000 bottles sold out in two-and-a-half days and I was suddenly getting requests from The Fat Duck and Buckingham Palace. The third 1,000 sold out on the Selfridges website within 30 minutes.

It is now available in 25 countries and we have offices in London, Sydney and LA. You can find it in supermarkets, such as Ocado, Waitrose and M&S, as well as Michelin-starred restaurants. Virgin Atlantic also offers it, and while I’m not related to Richard Branson, it is now on Necker Island.

I produced it myself until 2016, but we now have a bottler in Lancashire and a team of 60 people at our base on a farm near Beaconsfield.

What goes into a bottle of Seedlip?

We work with farmers around the world to source our ingredients. Each ingredient is individually seeped in a ratio of alcohol and water. There are then two distillation processes to remove the alcohol and create the flavour. Th is process takes six weeks. I have tried to create aromas and smells from my childhood growing up in the Lincolnshire countryside and using my nose and palate to create interesting blends rather than something that tastes like alcohol. For example, Seedlip Spice 94, which combines aromatic herbs, spice berries and citrus, reminds me of harvest times and the smell of a combine harvester.

Who is Seedlip’s target market?

We’re not aimed solely at someone who is teetotal. We are solving the dilemma of what to drink when you are not drinking or for situations where you want something grown-up to drink. Alcohol is of less importance to the younger generations as there is now more concern of what we are doing to our bodies.

There is no sugar or sweetener in Seedlip. We are not pretending to have any health benefits, but hope we are providing a positive, healthy and delicious option. It should be used as a mixer for non-alcoholic cocktails or drunk with tonic or ginger ale.

What was the biggest challenge in scaling the business?

As a one-man band, I wasn’t prepared to scale quickly. I had enquiries from 100 countries in the first three months and had to learn on my feet and quickly establish infrastructure, a team, office and production.

You hear a lot about how exciting it is to be your own boss, make your own decisions and work from home. Anyone starting up has to ensure they are solving and making something that is relevant and not just nice to have.

Speak to people who have founded businesses and ask them about the hard times. I didn’t do that enough; my naivety was and continues to be my strongest asset.

What are your plans for the future?

We have a busy summer planned, which includes a partnership with the Mercedes Formula 1 team. We are also converting a 19th-century grain store into a fully working laboratory and plant nursery and will be launching a sister non-alcoholic brand called Aecorn Apéritifs in Selfridges.

REQUEST A DAY PASS TO THE CLUB 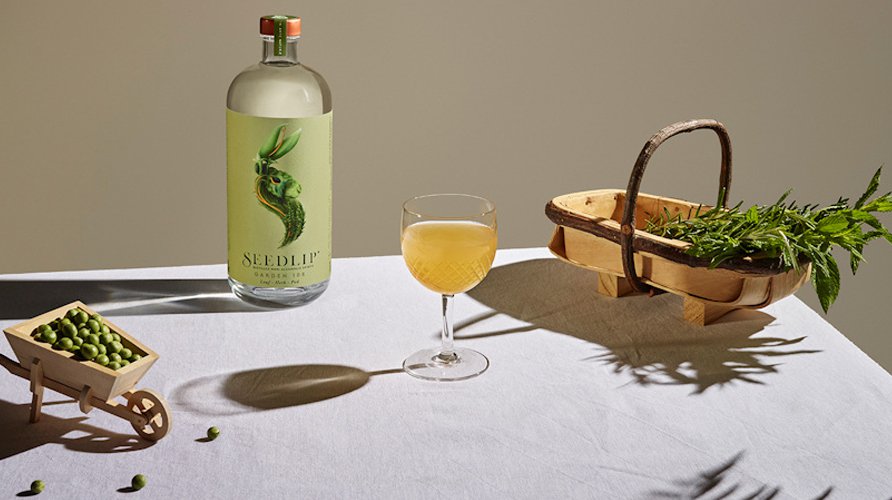 Taste Seedlip for yourself in Home Grown’s bar with our two non-alcoholic cocktails using Seedlip Garden 108. Opt for a refreshing Marylebone Mews or a fruity Branson’s Passion.

2004-2014 - Worked on brand and design strategy and creative direction for a variety of design agencies in the food and drinks space. Clients included Absolut, Glenmorangie, Heineken and Innocent.

2016 - Founded Seedlip, the world’s first non-alcoholic spirit from his kitchen.

2017 - Received a Brands of Tomorrow Award for Emerging Talent at the British Luxury Awards.

2018 - Publishes the Seedlip Cocktail Recipe Book with Penguin and gets a Gold Award for the Seedlip garden at the Chelsea Flower Show for the second year running.