Back to school with Julie Devonshire 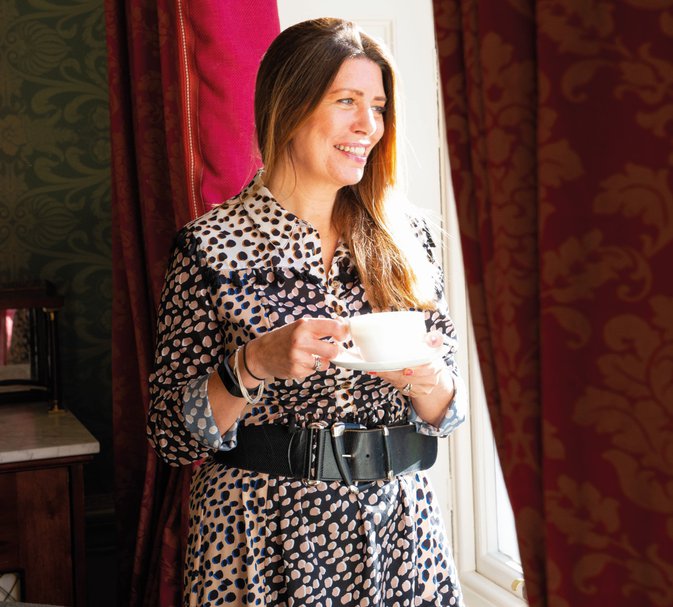 Anyone can be an entrepreneur says Julie Devonshire OBE, director of King’s College London’s Entrepreneur Institute – they just need the right guidance.

“I fundamentally believe that entrepreneurship is the key to the future of the economy and I think it is especially important at times like now when there is lots of uncertainty,” says Julie Devonshire. “When problems need to be solved, it is entrepreneurial and innovative people who step up and find new ways of doing things, new ways of tackling problems, and new ways for economies to thrive.”

Julie Devonshire OBE is the director of the Entrepreneurship Institute at King’s College, London. She’s also a successful entrepreneur herself, and has worked with many other entrepreneurs. On top of all this, she is on the advisory board of Home Grown (see below).

Devonshire wasn’t always an entrepreneur. She started her career in finance and worked her way up through a variety of businesses to become a finance director. However, she realised that finance was not her true calling. “I was much more interested in helping businesses to grow and expand than I was in counting the profits they made,” she explains.

Eventually, after having two children, she decided to go into business with a friend. What they set up was not a standard company though. Rather, it was One Water. This was a social enterprise selling water and other drinks; its aim was to use the profits from these sales to build water pumps on behalf of clients (such as Starbucks and the big supermarkets) in sub-Saharan Africa. It is still going and, to date, has raised around £20m for clean water projects.

Running a start-up was a great experience, she says. “The idea that entrepreneurs act quickly is really good. You can make your decisions fast and you react to opportunities as they happen. It was up to us to do what we wanted. It was really a lot of fun to be able to move like that, and very freeing compared to some of the environments that I had worked in before.

However, she adds, founding a business can mean very long hours. “We were sending each other emails at 10:00pm, and that’s not a sane way of working, especially when people have got families and social lives and what have you.” When you are passionate about what you do, she says, it can be very difficult to work to what most people would consider normal practices.

She left after five years. The business had won awards, become a big brand, made millions and built hundreds of pumps. “You can’t do more than five years in a place like that,” she explains. “I felt I’d done my bit and I’d had a great time and I’d learned a lot – and that was enough.”

After One Water, she spent 18 months at Oxfam as head of brand partnerships, where she worked on growing revenues at shops and improving efficiencies at the sorting centres.

UnLtd had an £8m fund from the National Lottery to invest in social entrepreneurial propositions around the country. “There were some fantastic businesses – working in areas such as solving problems in health, social mobility and education.” This bought her into contact with many more entrepreneurs and “taught me how angel investing works,” she says.

Finally, three and a half years ago, she joined King’s College London to run the Entrepreneurship Institute. “Here, it’s our job to support all students, all staff and all alumni and help them to learn entrepreneurial skills. And, if they want to, to found start-ups,” she says.

Entrepreneurship, she believes, is absolutely, 100 per cent teachable. “This should not be a debate anymore. Some people have a natural talent, some learn faster than others, but you can give me anybody you like and, 24 hours later, I will turn them out more entrepreneurial than they were when they walked in the door.”

What does this entail? “We take about 50 entrepreneurs a year, who between them will start about 30 ventures and we help them to prepare and start better,” she says. KEI works with groups ranging from corporates and other businesses to investors to other universities and wants to encourage entrepreneurship and innovation in the broadest sense.

Interestingly, the Institute is not part of the business school – and this may be down to the college’s global prowess as a medical and biomedical research institution. “There’s an enormous strand around medicine, and then of course there is loads going on around technology at King’s at the moment,” she says. “Entrepreneurship doesn’t just belong to Business School students.”

Does she find academia slow and difficult after the agility and freedom of running a business? Not a bit of it. “Being at a university is great,” she says. “In what other job scenario could you have such amazing pools of knowledgeable people, divided up into subjects so you know exactly where to find them?” Universities are, she says, some of the very best places to look for new technologies and themes and “brilliant places for innovative people”.

So, what sort of businesses come out of the KEI? “One is called German Kraft Beer and it’s a good old beer venture,” she says. “They opened their first site in Elephant and Castle, and within the first month of trading were turning over something like £80,000 per month. They’ve grown massively quickly and I think they now employ 80 or 90 people.” KEI businesses, she adds, have a strong record of job creation.

Another is called Hackajob – this has created a new way for tech businesses to enlist personnel. “It’s very difficult for these companies to recruit and retain technologists,” she says. Instead of the traditional CV route, Hackajob provides technical challenges, or “hacks”, and uses the results of these to match candidates to jobs. The matches this provides, she says, are better than those produced through traditional recruiting methods and it means companies can find new staff faster and hold on to them longer.

A third company – and one of her personal favourites – is CtheSigns, a digital tool which allows GPs to better detect the early signs of cancer. It was developed by a pair of doctors at King’s and is a phone-based app that combines artificial intelligence and national evidence based guidelines. “They launched when they were with us, and they got £100,000 grant from Innovate UK,” she says. “Then they were given £1m in funding from the NHS.” The tool is currently being trialled by 400 GPs.

Devonshire also hopes to use her position to change how people see entrepreneurship and dispel myths around it. Here she identifies several issues. One is the media portrayal in programmes such as Dragons’ Den and The Apprentice. While it is good to see entrepreneurship brought to a wider audience, these shows, she believes can be “slightly cheesy” and more about entertainment than reality. The cult of the Silicon Valley tech titan is a similarly mixed blessing as it leads people to believe that entrepreneurship is only about creating the next Facebook and becoming a billionaire. Neither, she feels, is particularly representative of the vast majority of today’s start-ups.

“Even in my accelerator at King’s, I’ve got scientists who might be working next to technologists who might be working next to clinicians or creative and cultural experts. Diversity is the key and entrepreneurship is more inclusive than the media portrays. Hazel from Gamely Games is a great example, she was recently featured in The Sun because her business has nearly reached £1m in turnover whilst she works 16 hours a week to accommodate being mum to two young children.”

Part of this desire for more a realistic, diverse view of founding businesses involves promoting entrepreneurship for women. “At KEI, we have a focus on women entrepreneurs for the next three years, in the hope that we become the first gender parity accelerator.” This is a real issue – last year Alison Rose’s Review found that only one in three entrepreneurs was a woman. “Not everybody understands how important community is for women in general, and women entrepreneurs specifically,” she says. “And how important it is for women to have female role models around them who they can talk to and female peers who they can be with.”

Devonshire is often even reluctant to define the word entrepreneurship as she doesn’t want to create barriers and boundaries. “Frankly, entrepreneurship is for anyone and everyone,” she says.

Devonshire has been part of our advisory board for two years now. “We’ve had meetings about how to build the community, how best to support entrepreneurship, what the meaning of the club is, what it’s for, and how it’s going to work and support people,” she says.

One reason she believes the club is so important is that it provides “a door to the London entrepreneurial scene, which did not previously exist”. If you’re not that young or if you’re an entrepreneur from somewhere like India – or even if you’re a woman – it can be difficult to be part of the scene, she notes.

Anyone trying to find their way in might go and wander around Old Street or join a co-working space, but it probably wouldn’t get them anywhere – even though London is one of the most entrepreneurial and entrepreneur-friendly cities in the world. “So, I think Home Grown is an inclusive door into a community of established entrepreneurs and related people,“ says Devonshire. “But I don’t think that door exists anywhere else in London.” 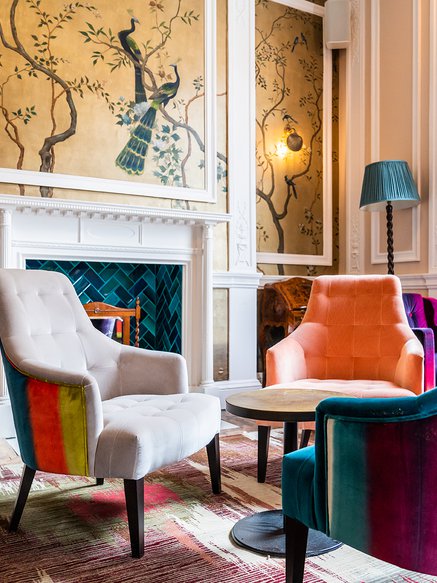