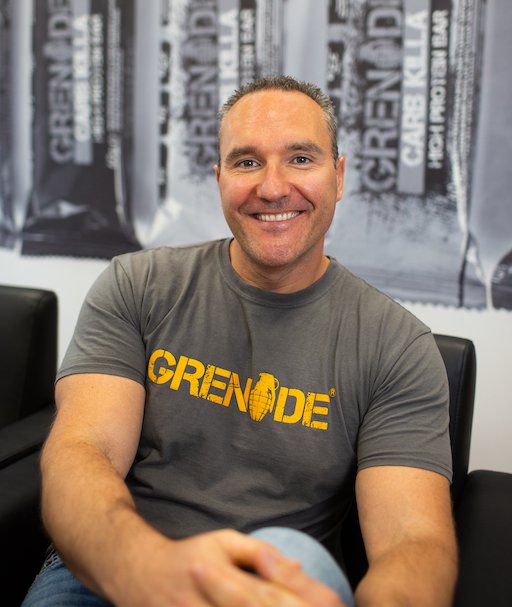 Home Grown was thrilled to welcome Alan Barratt, co-founder and CEO of Grenade, to the Rockstar stage last night. Alan spoke to Francesca James about his incredible journey of building one of the most successful FMCG brands in the UK.

Following a shared passion for fitness and health, Alan (CEO) founded the sports nutrition start-up Grenade with his wife Juliet Barratt (CMO), just when the recession hit the UK in 2010.

“Each year it gets harder to take a Russian tank into a German trade fair.” Alan who used to work as a gym instructor and has been in and out of gyms since the age of 14, also has a strong interest in military, which is how the genius idea for the name Grenade was born.

With over 50 staff, and retail outlets in more than 80 countries around the world, Grenade is now a market-leading sports performance and active nutrition brand, incorporating a wide range of innovative, high-protein and low-sugar products.

To hear the incredible stories of our previous rockstars, subscribe to the Home Grown Rockstar Series podcast on iTunes now.